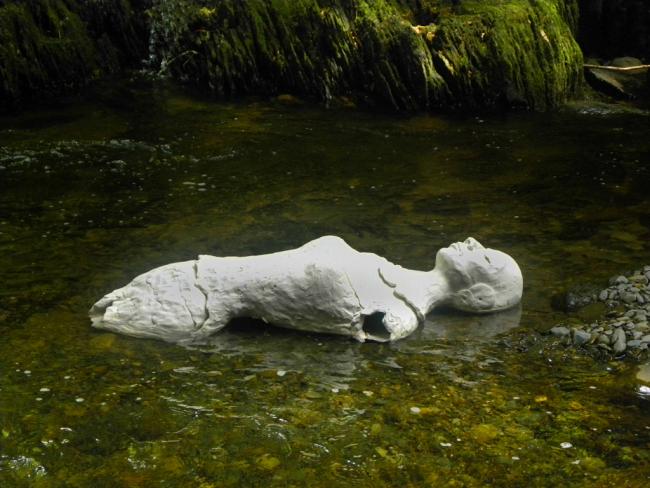 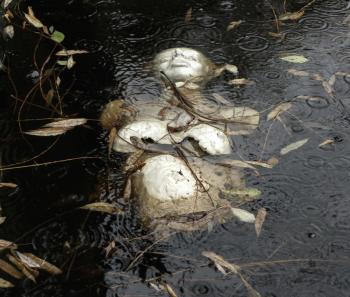 On the calm black wave where the stars sleep
White Ophelia, an immense lily, drifts by,
Lying in her long veils, she floats the deep ...
- In far-off woods you hear the huntsman's cry.

The wind kisses her breasts and wreathes flare
From her long veils rocked gently by the stream;
Trembling willows weep on her shoulders there,
The rushes lean over her brow's broad dream.

The ruffled water-lilies sigh all round her;
At times, in a slumbering alder, her passage jars
A nest, from which escapes a wing's slight stir;
- A mysterious chant falls from the golden stars. 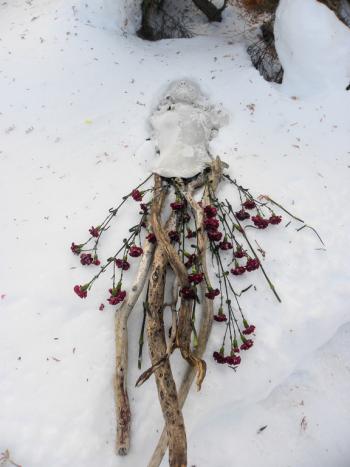 O pale Ophelia!  Lovely as the snow!
Yes, you died, child, taken by the river!
- It was the winds from Norway's peaks that blow
That spoke to you softly of freedom the bitter;

Twining long tresses, it was the wind's whisper,
To your dreaming spirit, brought strange rumours;
It was your heart hearing the song of Nature
In the boughs' moaning, and the night's tremors;

It was the voice of maddened seas, vast roaring,
Shattering your child's breast, too tender, human;
It was apale fair lord, one April morning.
Leaning against your knee, a poor madman!

Sky!  Love!  Freedom!  What dreams, poor crazed one!
You melted for him as snow does in the blaze;
Your words were strangled by your grand vision
- And fearful Infinity dazzled your blue gaze!

- And the Poet tells how in the starlight pale
The flowers you culled, by night, you come seeding,
How he has seen on the stream, lying in her long veil,
Like an immense lily, white Ophelia floating.


More images of the OPHELIA series 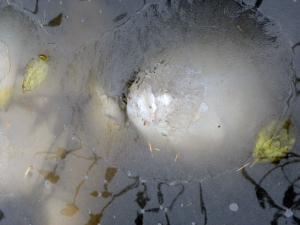 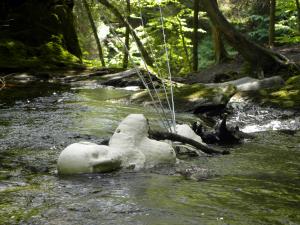 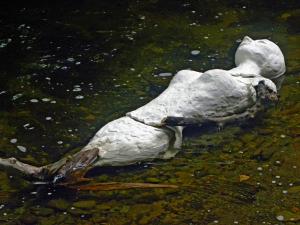 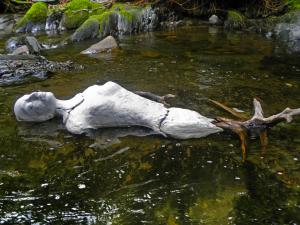 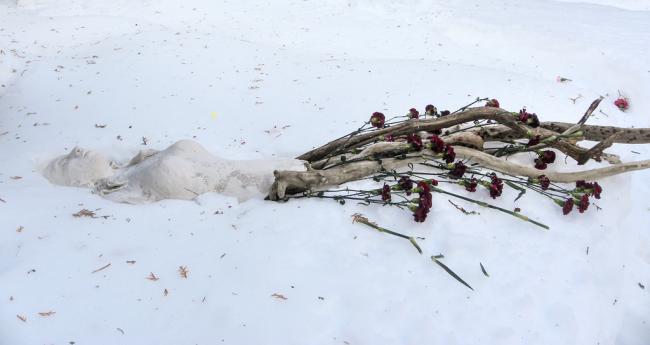