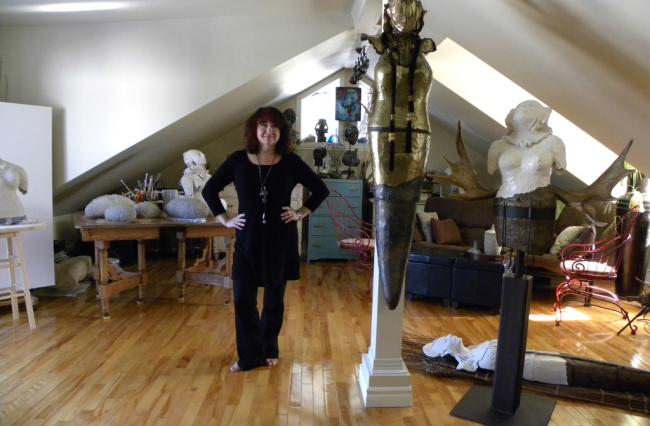 Born in the tiny village of Shediac River, Éveline Gallant Fournier is a multidisciplinary artist living in Edmundston since the late 1970s. She works in a variety of media such as painting, sculpture, digital art, installations and Land Art. Public art has also been part of her journey: examples include Khronos, a monumental work on permanent display at the New Brunswick Botanical Garden.  Éveline is also author and illustrator of a tale and a fantasy novel.

Eveline has received several grants from the New Brunswick Arts Board for creation research, professional development and for regional community arts projects; and was also awarded prizes in Atlantic Canada, Quebec and France.  In 2014 she was godmother for the Atlantic Visual Arts Festival; and in 2016, she received the prestigious Prix Éloize as visual artist of the year, awarded by the Arts and Letters Academy of the Atlantic. Éveline has a long list of individual and group exhibitions to her credit in Canada, the United-States, in France, Portugal and Tunisia. 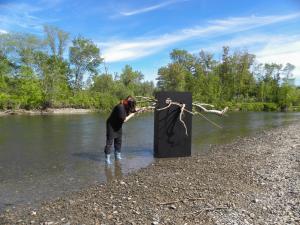 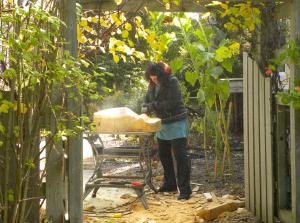 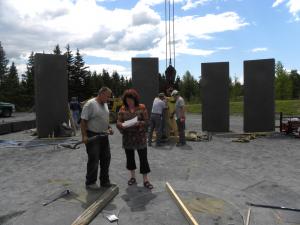 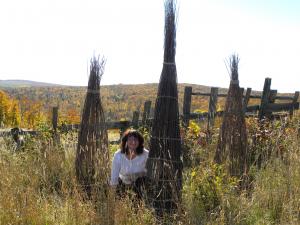 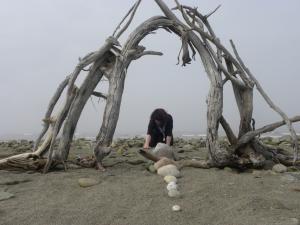 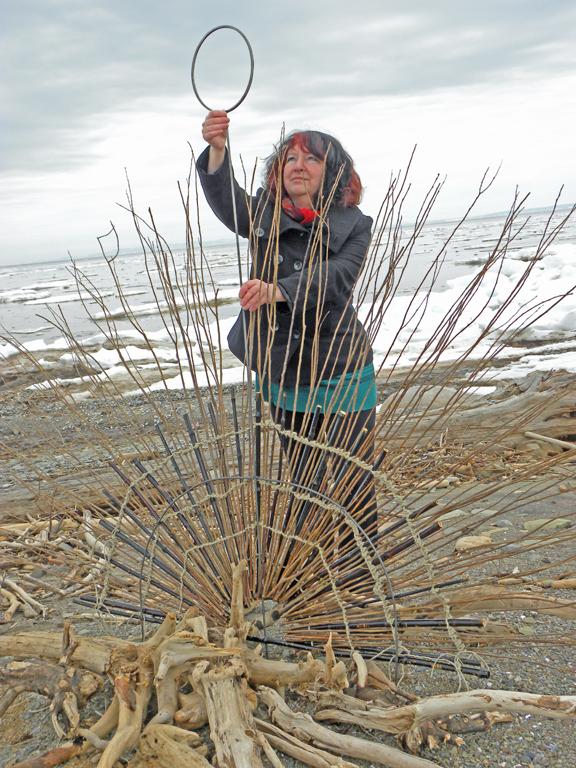